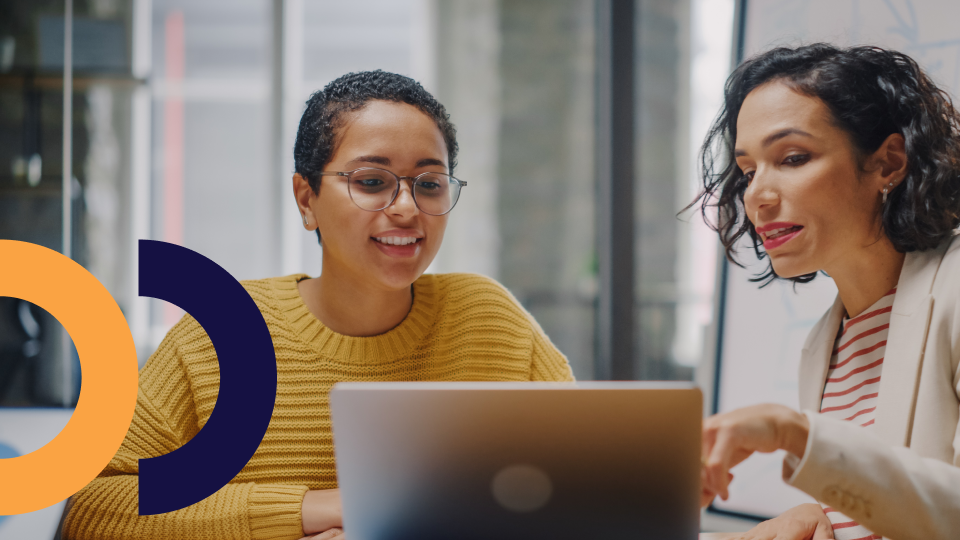 How to coach employees like the pros [Core Principles]

Employee coaching is non-negotiable for companies that want to attract the best and brightest. Here are several examples to learn from and steps to get your coaching program off the ground.

What do you believe are the key enablers of your best-performing employees?

While those answers may be in the mix, our Coaching and Mentoring report singled out two enablers.

As you can see, it was a near-tie between coaching and mentoring. Some would argue there isn't much difference between the two (although we see a few). Either way, it's clear that employee mentorship remains a valued asset in our organizations.

Let's take a closer look at employee coaching, what it consists of, and how you can be a great coach to the people you manage.

If coaching at work is so important, why isn’t it prioritized?

Great question. Our survey of over 200 HR responses showed a clear appreciation for coaching and mentorship – so why is it that only 37 percent of employees currently have a mentor?

As you'll see in the responses collected above, lack of time is the primary barrier preventing organizations from implementing a coaching program. This is no surprise; many businesspeople are conditioned with a frugality mindset when it comes to time, and adding another meeting to an already packed schedule can feel like a luxury.

Avoidance was the next biggest barrier. Often, managers are simply criticism-avoidant; they don't want to take on a role involving negative feedback. This can be chalked up to the toxic business idea that criticism equals judgement – but as we'll see, coaching is firmly based in positivity.

The next three barriers were all closely related in that they each described a 'lack' of something important; lack of budget, lack of measurable outcomes, lack of career development options. While each of these is a valid concern, they can all be addressed with the right coaching program (which we'll get into later).

Now that we’ve looked at the barriers let’s look at those that are overcoming challenges to deliver exceptional coaching programs.

What organizations are doing a great job coaching employees?

One of the best ways to run successful business initiatives is to learn from those who have already done it. Let's zoom in on a few companies that are already doing a great job coaching their employees.

CAMP is a year-long program that connects SAA graduates with MLA graduates at Cooley LLP, one of the world's largest law firms. The program involves structured sessions to discuss goal setting, delegation, career development, and more. Participants give the program a near-perfect rating, and 95 percent of Cooley employees say it is a great place to work.

At Heineken, there's a focus on reverse mentorship; junior employees are paired with senior executives to coach them on things like technology, social media, and trend spotting. The program is seen as a way to help executives stay relevant and in touch with the latest happenings while also providing junior employees with an opportunity to learn and develop their skills.

Say what you will about Amazon, but they've got some great programs in place to develop their employees. The Amazon Technical Academy encourages promotion from within, giving front-line and non-technical workers the chance to move into technical roles. The program includes voluntary comprehensive training – no prior experience is required.

What these programs have in common is that they focus on developing employees at all levels within the organization. They also provide opportunities for employees to learn new skills, try out new roles, and set goals for their career development.

How to coach employees (lessons from the best of the best)

It's clear that coaching has helped a lot of companies see the results they want from their employees, but how do you actually go about coaching employees? Here are a few coaching tips from industry greats. Nothing beats a professional opinion!

No one wants to hear that they've done a bad job. But if you're not honest with employees about their performance, they'll never improve. Feedback should be given frequently, and it should be specific, objective, and actionable.

"You are a good coach if you share what you hear and see others express, with no attachment to being right." (Marcia Reynolds)

The best coaches never bring a superiority complex into their coaching relationships. Don't fear mistakes or being wrong – instead, use them as learning opportunities. Be humble and let your employees know that you're on this journey together.

Be aware of power dynamics

"To get the best coaching outcomes, always have your 1-on-1s on your employee's turf – not yours. In your office, the truth hides." (Marcus Buckingham)

No matter how humble a person you are, power dynamics will always be at play when you mentor someone your junior. Be aware of this, and make a conscious effort to create an equal playing field by taking meetings out of the office. Create a space where you're on equal footing.

“The simplest coaching model [is] where are you now (current), where do you want to be (future), and closing the gap to get to their desired future…" (Carly Anderson, Master Certified Coach)

The first step to effective coaching is identifying where your employees need development. What skills are they lacking? Are they facing a challenge yet to be overcome? Is there an opportunity they want to take hold of? With these things clarified, you can effectively map out a plan.

Coaching is fundamentally different from managing

“Training is about transferring knowledge, while coaching is about enhancing the ability to learn; it's more development-focused." (Anita Anthonj, CEO of Talaera)

As a manager, coaching may feel redundant – until you realize that it's an entirely different skill set. Coaching is about developing people so they can reach their potential. It's less based in immediacy and more in long-term success.

Active listening is a key coaching skill. What does it mean to actively listen? It's about being present, engaged, and focused on understanding the other person. It's about giving them your undivided attention.

How to start an employee coaching program

You know what a coaching program is, and you're ready to dive in – so what's next? How do you start an employee coaching program that will be successful? Here are a few things to keep in mind:

One on one mentorship is critical to coaching

The traditional interpretation of coaching conjures mental images of team sports and pep talks. And while those are certainly important aspects of coaching, they're not the whole story. One on one mentorship is critical to coaching, too – especially in the business world.

This is where one on one coaching comes in. By meeting with your employees regularly, you can get to know them on a personal level and understand what motivates them. This will make it easier for you to give feedback that is tailored to their individual needs and goals.

There are plenty of benefits to be had, too; in fact, 57 percent of mentors expand their skillset through mentoring another person, and 73 percent of the Gen Z workforce are motivated to do better under a mentor that cares about their development.

Empower employees to ask their most pressing questions

We've been working on something special, and it's going to come in handy for this section. Together has officially launched a Live Q&A feature!

With Live Q&A, your employees can post their most pressing questions and learn from other people in your team. It's like a help center community, but for your company specifically.

It’s a great way to build trust and transparency within your team. It also shows that you're invested in their development, which will make them more likely to be engaged and productive employees.

Plus, it's just a really cool tool that your employees will enjoy using – so we'd recommend trying the demo if you haven't yet done so.

An employee development plan is a road map for an individual's career journey. It outlines the skills and experiences they need to acquire in order to reach their long-term goals.

And while it's important for managers to have a general idea of where their employees want to go, it's even more important to involve the employees in the development planning process. After all, it's their career – they should have a say in how it unfolds.

Prioritize employee coaching and development with Together

If this all seems a bit too much to take on by yourself, you've come to the perfect place. Together was built to help managers with exactly this; we make it easy for you to build a mentoring program that is tailored to your team's specific needs.

With our platform, you can pair employees with their coaches, track their progress, and access features like data analysis, meeting prompts, and Live Q&A.

Coaching doesn't have to be complicated – and with Together, it can be easy and enjoyable for both you and your employees. Give us a try for free and see how we can help you take your team to the next level.