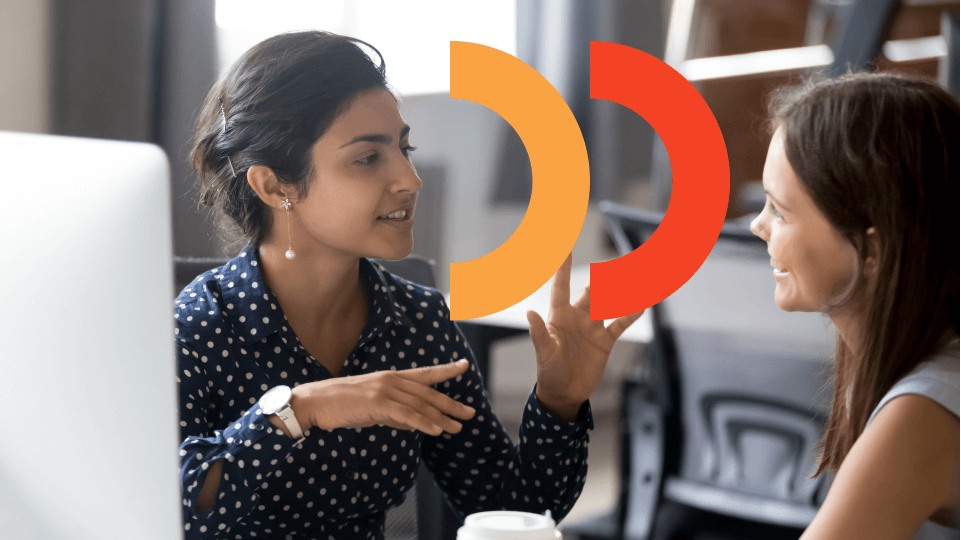 Statistics on Mentorship: The latest research on employee development to know

Here are over a dozen studies on mentoring and what you need to take away from them.

In 2022, the corporate world is rife with buzzwords. Terms like "co-working," "innovation" and "mentorship" are commonplace in boardrooms and meeting rooms the world over as businesses try to stay ahead of the curve. But what do these words actually mean? And what is their significance for the modern workplace?

Mentoring, in its simplest form, is the act of transferring knowledge and experience from one person to another. It is a relationship in which the mentor shares their expertise and provides guidance to the mentee, with the aim of helping them grow and develop professionally.

The benefits of mentoring are manifold, and mentored employees are generally more productive, engaged, and satisfied with their jobs.

But you shouldn't simply take our word for it – and thanks to a number of recent studies, you don't have to. Research has repeatedly shown that mentoring provides a number of tangible benefits to both the mentor and the mentee.

Let's explore some of the most compelling statistics available in 2022 on the power of mentorship.

In the modern workplace, mentorship plays an integral role in employee development. Most of the time, however, mentorship happens unintentionally; many companies don't have a formal program in place, but still participate in mentorship informally. In fact, 61 percent of mentee-mentor relationships are formed naturally.

For example – when you are taking on a new role within an unfamiliar department, who shows you the ropes? If you are looking to learn a new company process, who helps you get up to speed? In most cases, it will be a more experienced colleague or manager who is taking time out of their day to help you. This is an informal mentorship relationship.

Mentorship happens across most disciplines; in fact, many of the successful people we look to as role models point to their own mentor as a key contributor to their success.

If companies want to take a more formal approach, they can develop programs that connect employees together.

If you're not quite convinced, however, we'll explore some key statistics on the value of mentorship below.

Quick insights on mentorship you need to know

As aforementioned, there are many empty corporate buzzwords in circulation – but mentorship isn't one of them. A Wall Street Journal article outlined that 70 percent of Fortune 500 companies have formal mentorship programs in place.

In other words, successful businesses prioritize mentorship – and for good reason. However, only 37 percent of employees have mentors currently, so there's still plenty of room for growth.

It's time for more companies to jump on board, as there are countless proven benefits to mentorship programs. For instance:

Considering that 97 percent of individuals with a mentor find the experience valuable, the arrangement is clearly beneficial. Let’s break down those benefits in further detail.

How do employees benefit from mentorship?

There have been some excellent studies conducted on the benefits of mentorship and mentorship programs, and the results speak volumes.

In 2019, a study was conducted and published in the International Journal of Mentoring and Coaching in Education. Junior and senior university students were paired together in a mentor-mentee relationship, the aim being to test whether mentees experienced better job search self-efficacy and a greater sense of community.

Unsurprisingly, mentees saw a significant increase in job search self-efficacy after participating in the program. Not only that, but they gained a more realistic view about the workplace and their potential career options, and received important psychosocial support from their mentor.

This study was published in the Journal of Graduate Medical Education, the goal of which was to test how effective mentorship programs can be. A program was run at the Walter Reed National Military Medical Center; participants were run through a workshop where they learned about the benefits of mentorship, as well as how to find a mentor.

After the program, the researchers found that the number of residents who had a formal mentor in place almost doubled. Mentorship programs are often the missing link that prompts people into finding the mentor they need to excel.

Mentorship is used in the medical industry in order to rapidly train new employees on critical subjects, as there is a characteristically high turnover rate in medical centers. This study was conducted in the Malawi Ministry of Health in order to test just how effective mentorship programs are in improving knowledge transfer.

After a 1-week group mentorship program in which five highly trained nurses shared their knowledge with a group of colleagues, the participants were tested to see how their knowledge of the topic improved. The results were staggering: competency scores went from 32 percent to 97 percent, which is more than a double increase.

How many mentors should an employee have?

While the traditional mentor-mentee ratio is 1:1, there's no specific rule stating that employees need only one mentor. In fact, many experts believe that employees can benefit from having multiple mentors. That's because each mentor can offer a different perspective and approach to development.

For example, one study into the mentorship status of female college presidents found that over 50 percent of the surveyed presidents had been mentored by multiple people. This result is echoed by a number of other studies and papers, such as those by Professor Catherine A. Hansman.

Another fascinating study revealed the effectiveness of something referred to as a 'mentorship network', in which mentees source the help of multiple mentors depending on the stage of development they are at.

And it's not just scholarly observation that points to the benefits of multiple mentors; 70 percent of employees themselves actively desire multiple mentors, pointing to an intrinsic need for variety and different perspectives in development.

Does gender in mentorship matter?

Who should mentor who is a hot topic – and whilst some people would say with certainty that mentors and mentees should be of the same gender, there is no evidence to support this. In fact, a study in the Journal of General Internal Medicine found that when it comes to mentorship, gender doesn’t affect satisfaction levels at all.

However, research suggests it does matter that the mentor and mentee are in similar diversity groups – a statement that 41 percent of employees from diversity groups agree with. This can be genders, ethnicity or sexual orientation.

When mentors and mentees share the same background, they are able to relate to one another better and feel more comfortable opening up about their experiences and challenges. Many companies start diversity and inclusion mentoring programs for this reason.

In terms of what employees actually desire, results from the Women's Dermatologic Society Mentorship Survey showed that 75 percent of women in female-female mentorships preferred the same-gender arrangement.

The respondents believed that, while the quality of the partnership was undoubtedly important, the opportunity to have a mentor – regardless of gender – provided additional benefits.

It's important to note that despite these studies, we must be careful not to make assumptions about what employees want or need. Every individual is different and therefore, what might work for one mentee won’t necessarily work for another.

This is why many mentoring programs use a pairing algorithm that considers the skills, experiences, and preferences of employees. More often than not a mentor-matching software is better suited to pair employees than an administrator.

The impact of mentorship on women

Mentorship can positively impact the lives and careers of everyone – and women are no exception. However, women often don’t have the same opportunities to access mentorship.

For example, a study in The Journal of Applied Psychology revealed that women with MBAs receive disproportionately less mentorship than men with MBAs in the workplace.

This is unfortunate, as the studies in support of women in mentorship are truly compelling. The Mentorship of Women in Academic Medicine study that supported the notion of multiple mentors also confirmed that women benefit greatly from having a mentor; not only that, but institutions are disadvantaged if they do not have female mentors and leaders in place.

Many institutions are experiencing this lack of female leadership. In the study on female colleges (mentioned in a previous section), it was found that the percentage of female college presidents is disproportionately low.

Without mentorship, women struggled to climb the leadership ladder; once at the top, however, 64 percent of these women often benefited from their mentorship so much that they went on to mentor others.

The best mentors have common qualities

Mentors are not one-size-fits-all; there are many types of mentors. That's because mentors are humans, and every human is different. However, there are certain qualities that run consistently across most successful mentors.

According to a 2011 study in The American Journal of Medicine, there are five 'characteristics of outstanding mentors'.

If we compare this to another study in Nurse Education Today, we can see that the characteristics listed are quite similar. This study stated that the key components of effective mentoring relationships are:

The two papers don't echo each other verbatim, but there are plenty of general themes between the two – like the importance of communication, enthusiasm and passion, the exchange of knowledge, and mutual respect.

So, what makes a great mentor?

From these papers, it would seem that there are some key qualities that are essential for a  great mentor:

A poorly run mentoring program is worse than none at all

However, if your business decides to start a mentorship program without doing its research, the consequences can be dire.

In their article “Marginal Mentoring”, researchers from the University of Wisconsin found that there were mixed reviews on the effectiveness of mentorship programs. Most of the time, the differences in effectiveness could be chalked up to how the program was run.

This research is important because it underscores one of the most crucial aspects of a successful mentorship program – having an interested, invested mentor.

Simply throwing a few people together and calling it a mentorship program is not going to cut it; in fact, research shows that poor mentoring is worse than no mentoring. If the mentor doesn't have the time or competence to invest in the relationship, it's going to be a waste of everyone's time.

The best way to start a mentoring program

So, what can we learn from the statistics explored here? Let's briefly recap the key points:

With these points in mind, it may be time to consider implementing a mentorship program in your workplace.

The best way to get started is by surveying employees to see if there is interest in the program and identifying individuals who would make great mentors. After that, the mentorship program software we offer at Together is an excellent way to get your program up and running.

With the right planning and execution, a mentorship program can be an extremely valuable experience for both mentors and mentees alike – so be sure to take a look at our best practices for mentorship and launch a program with real potential. 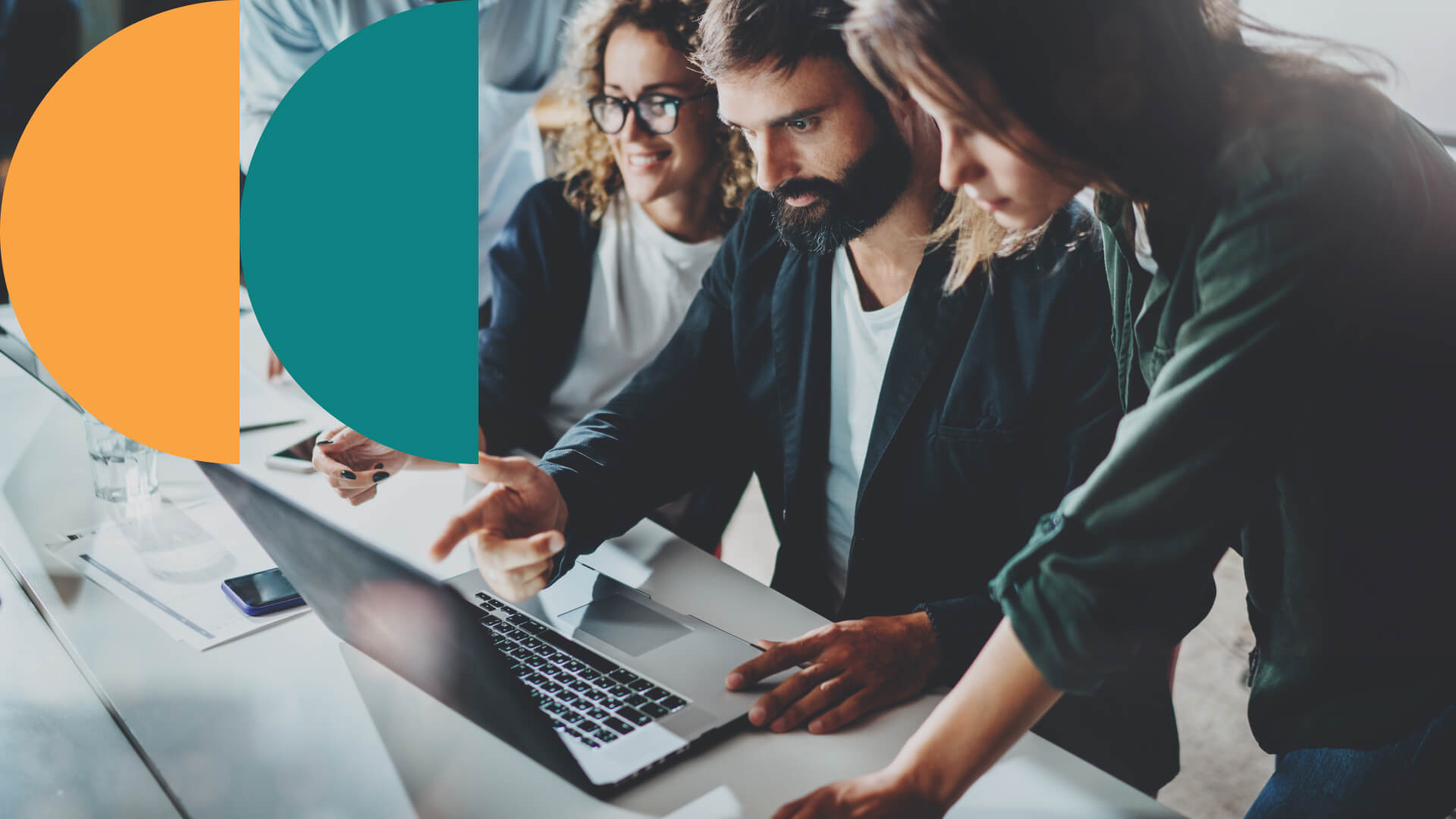 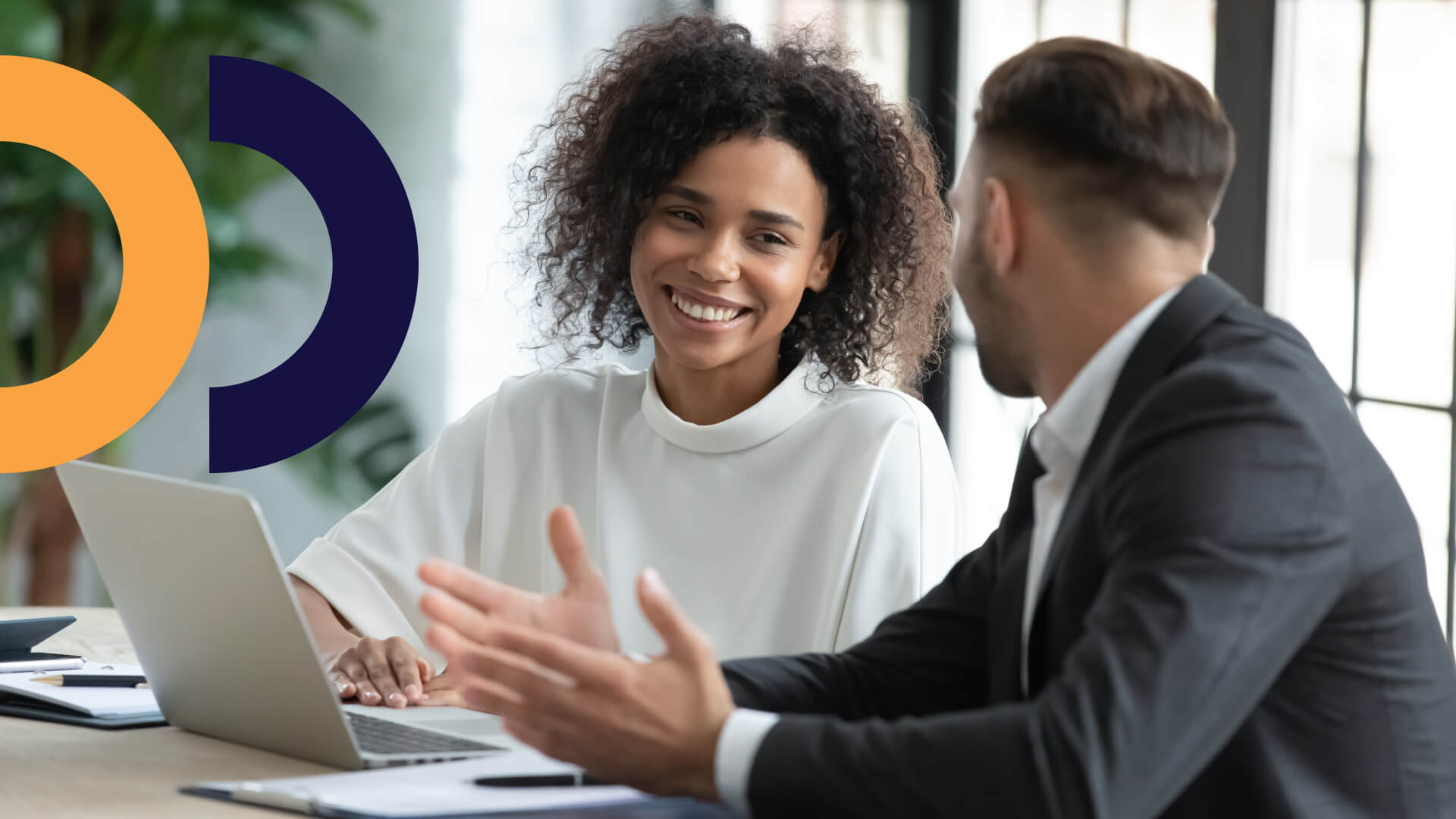 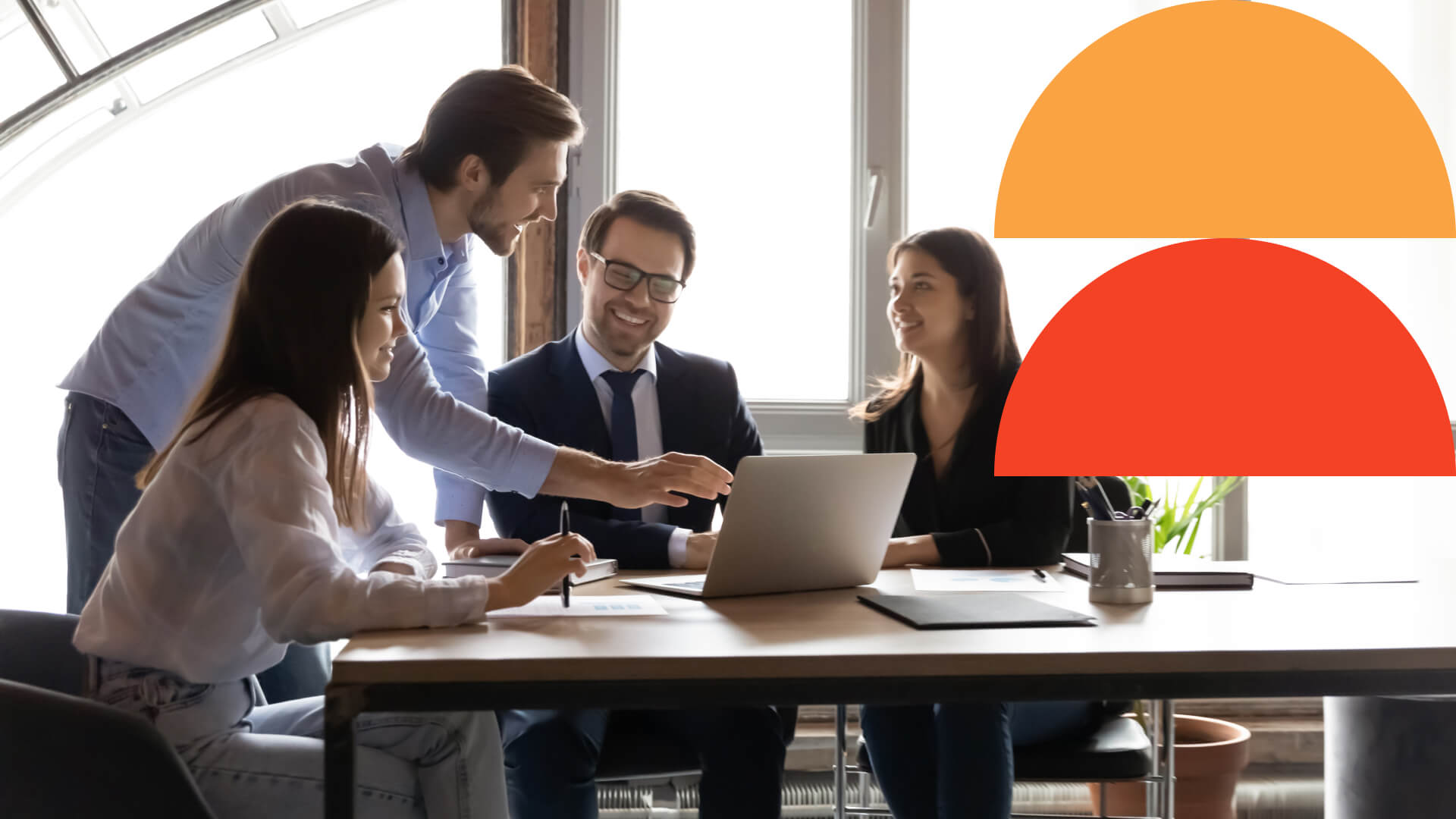