Looking to join a mentorship program?
Click here to signup

Women in the workplace

While there is no easy fix, mentoring programs are one way to help start closing the gap in gender inequality between men and women.

Women in the workplace have seen many gains over the past decades but there are still some issues that they face, unlike their male counterparts. These include:

Income inequality: Unfortunately, women still make less money than their male co-workers. Most companies are committed to remedying this situation but nevertheless, it still stands true. Statistics show that women in the U.S. make $0.81 for every $1 that a man in the same position makes.

Family life balance: Working mothers are still expected to put their jobs or careers before their family. This puts an unrealistic expectation on women. Yet, more and more companies are seeing the advantage of providing flexible work options.

Advancement barriers: Women in the workplace are still largely in subordinate roles rather than leadership or executive positions. The Pew Research Center reported that in 2017 the number of CEOs of Fortune 500 companies was at an all-time high of 6.4%. However, the number fell in 2018 after some women left their positions, leaving it at 4.8%. The organization also noted that in 1995 there were no female CEOs on the list. Yet, the numbers for women on boards has risen significantly since that time. As of 2017, there were 22.2% of women on the boards on Fortune 500 companies. That is up from 9.6% in 1995.

One of the ways to help women overcome these types of problems they may face in their careers is to develop a workplace mentoring program. When you develop a robust mentoring program for women everyone wins, not just the mentee. In fact, research has shown that companies that promote diversity are ones that have above-average earnings. Plus, those companies that don’t actively encourage diversity in their workplaces are often on the low end of the earnings scale. It is also important to note that workplace mentoring programs are often credited with higher employee retention rates, which leads to cost savings as well as a stable talent pool.

While mentoring programs can hold benefits for anyone, they have proven particularly useful for minorities such as women.

Some of the key advantages of having a mentoring program for women in your workplace includes the opportunity to help female employees grow and advance easier. It can also create a more positive experience for everyone in the workplace. For mentees, the benefits include expanding their network, which can help them at every stage of their career, and better integration to the company.

Due to the lack of females in leadership positions, companies that are looking at developing a workplace mentoring program to help women in the organization will need to be proactive in finding qualified mentors. This means there will need to be some extra effort made to recruiting women to mentor other women in the company. One of the ways to overcome this challenge is to consider bidirectional mentorships. That is, rather than trying to find a woman in a leadership role, you can pair two talented women with different skills or from different departments. Peer-to-peer support groups can also be a source of support and guidance for women in business.

Most women who hold leadership roles at companies are willing to help guide less experienced employees. Developing a good pairing can be done using mentoring software like Together, which can be programmed according to your specific company’s requirements. The program is also capable of scheduling for the mentor-mentee and tracking the progress of their relationship.

The difference men can make

Mentoring women in the workplace is not something that should just involve other women. Rather, the Harvard Business Review (HBR) found that men who champion equality for their female co-workers can also make a big difference. The organization noted that those boards who have mixed-gender represented are more likely to out-perform boards who are made up solely of men.

“Mentoring was recently found to be the most impactful activity for increasing diversity and inclusion at work, compared to diversity training and a variety of other diversity initiatives.  Receiving mentorship from senior males can increase compensation and career progress satisfaction for women, particularly for those working in male-dominated industries,” their report stated.

However, one of the keys to a cross-gender mentoring relationship is an ally mentality, according to the HBR. Male leaders need to not only have leadership and mentoring abilities but also be committed to battling prejudices.

Although there are many ways to encourage and support women in the workplace, mentoring programs have proven one of the best and most attractive ways to help them grow and advance. Despite the advances made by women over the past few decades, there are still some persistent hurdles that women in business face. These include a pay gap where women are paid less than men doing the same jobs, there is also not much flexibility offered for working moms, many stereotypes still hinder minorities from advancing at their jobs, in particular, women in the business world are often holding lower, more supportive roles rather than leadership positions.

Organizations looking to develop a strong workplace mentoring program to help women overcome these issues need to consider some creative ways to help grow the program. This can include mentor-mentee matches from different departments or even cross-gender pairing where men in leadership roles are teamed up with women looking to grow and advance in their careers. It is important to note that research has shown companies that promote diversity are ones that often draw in above-average earnings. That is something that every leadership team can understand as a good reason for a workplace mentoring program for women. 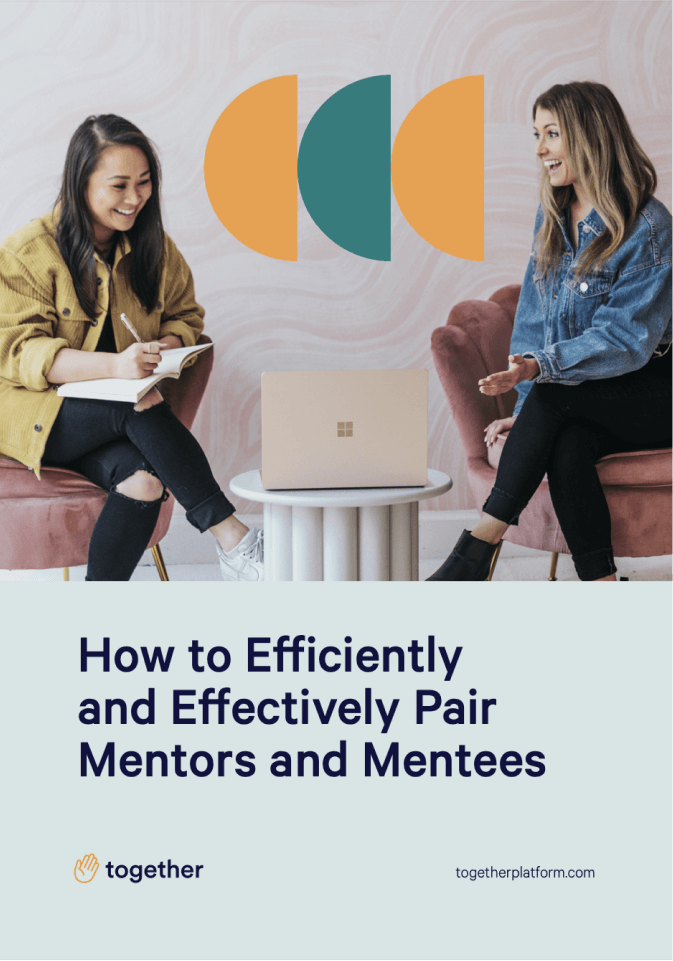 How to Efficiently and Effectively Pair Mentors and Mentees 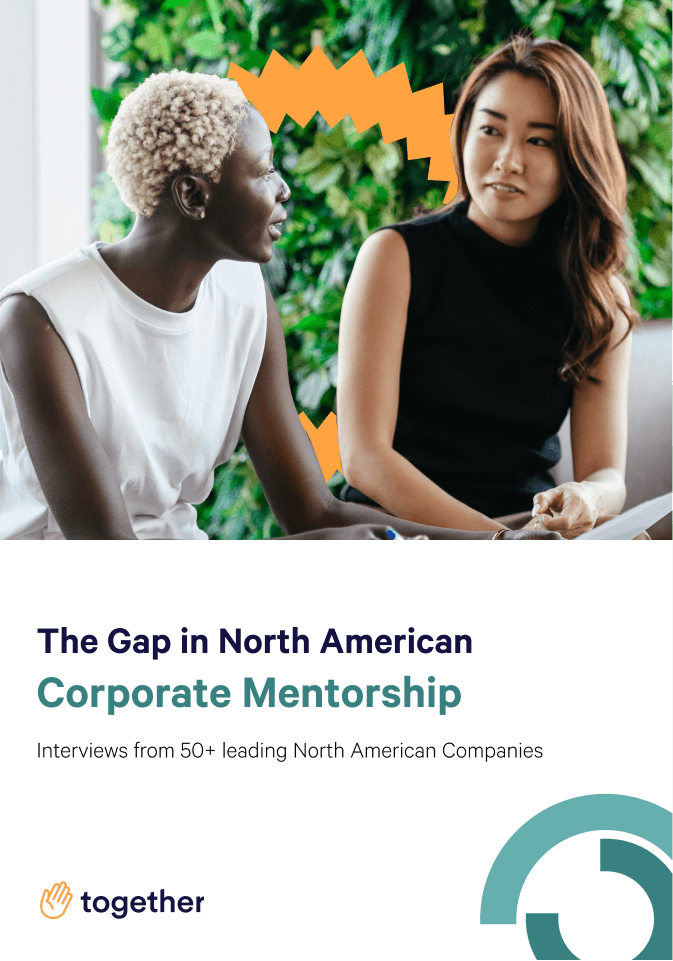 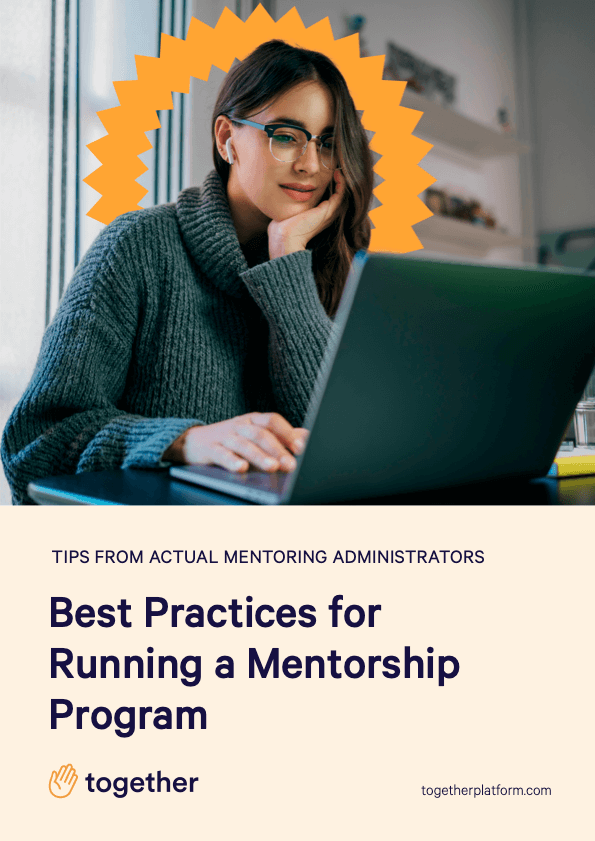 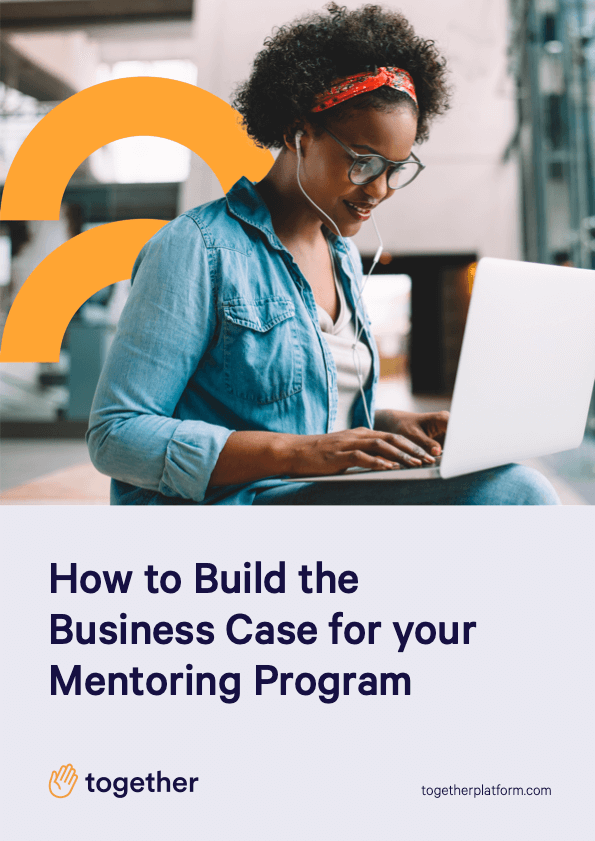